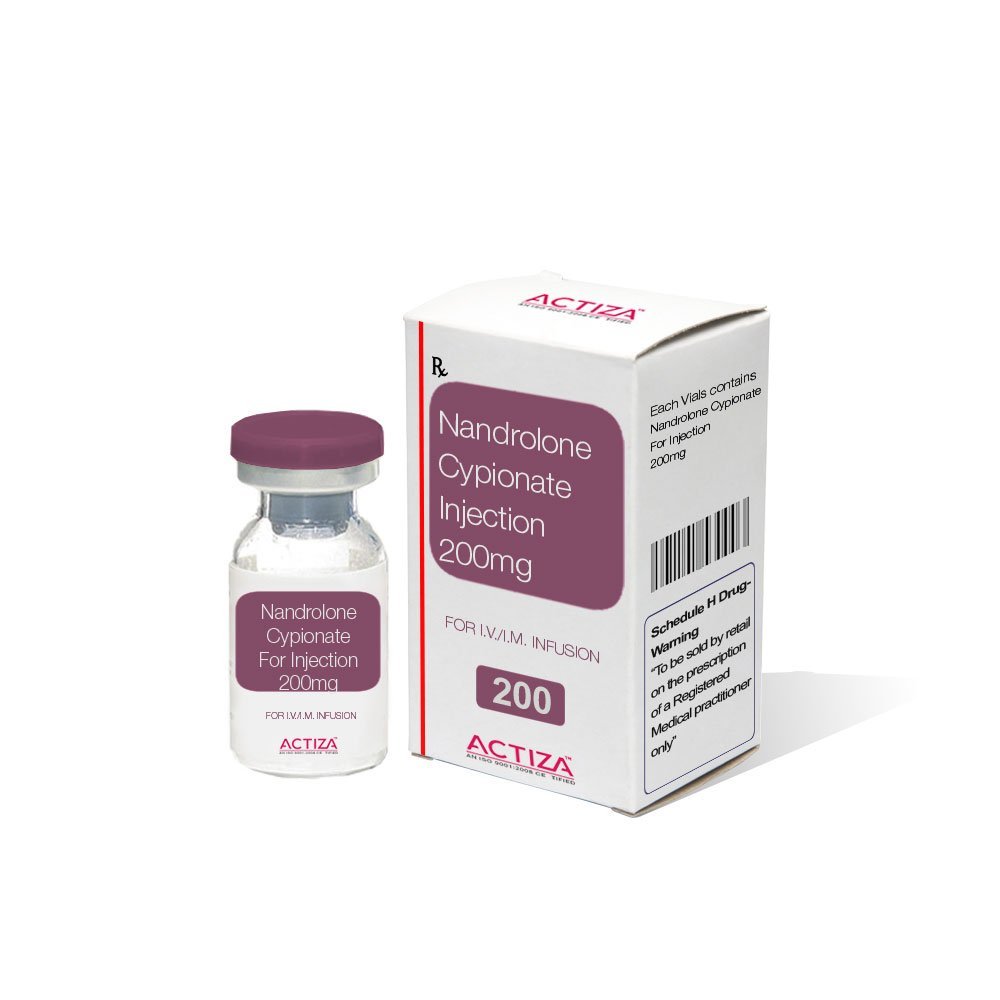 Nandrolone cypionate is an injectable form of the anabolic steroid nandrolone. This ester provides a pattern of hormone release virtually identical to that of testosterone cypionate, with peak levels of drug being noted approximately 24-48 hours after administration, and a substantial hormone release sustained for about weeks.